Workpro’s case management software for HR and customer support professionals offers powerful functionality, but after the launch of a cloud version, poor usability and a dated look were costing them customers. Find out more about how we implemented new features and a " />
PREVIOUS Topolytics Back NEXT WhisperClaims

Workpro’s case management software for HR and customer support professionals offers powerful functionality, but after the launch of a cloud version, poor usability and a dated look were costing them customers. Find out more about how we implemented new features and a refreshed design, and put a framework in place for future user experience (UX) success.

Founded in 1969, Workpro has an established history of providing case management software to help HR and customer support teams track, manage and resolve cases successfully. In 2014, Workpro became fully company-owned, and generated enough investment to create a SaaS version of its product, which they offer alongside traditional on-premise implementation.

As part of a wider effort to improve customer retention and engagement, Workpro started to look at where their software design might be having a negative impact on customer satisfaction.

Workpro’s problem was clear – whilst the software itself was powerful and the new SaaS version of the product created opportunities to engage a brand new user base, the design and visuals of the software hadn’t been updated at the same time. This resulted in a product that felt older and less powerful than it actually was.

To strengthen customer attachment to the software, Workpro’s product team understood they needed a software redesign to both upgrade the visuals and streamline key user journeys. This made the Seedboost team’s skillset a perfect match for the job at hand.

We consulted closely with the Workpro product team to scope out what they wanted from our side, and what their requirements for the project would be. We divided the project into two distinct areas:

To provide the best value possible for the first section of the project, our team conducted extensive user research, interviewing several Workpro customers to get a sense of what they would like to see improved. The main areas we identified were:

Once we understood the issues users were having with the software, we dedicated some time to wireframing and prototyping some major improvements to Workpro’s product. These included:

The product team was enthusiastic about these suggestions, and incorporated them into their case management product on the strength of the prototypes we provided.

We also worked closely with Workpro on a longer-term future-proofing strategy for their software. To support the product team in achieving this going forward, we delivered a UX recommendations pack, complete with wireframes, user flow collaborative prototypes, high-fidelity UI design and a UI style guide. This would help managers distill a unified approach to design across their teams.

Below, you can see a couple of side-by-side comparisons of Workpro’s original user interface and Seedboost’s redesign: 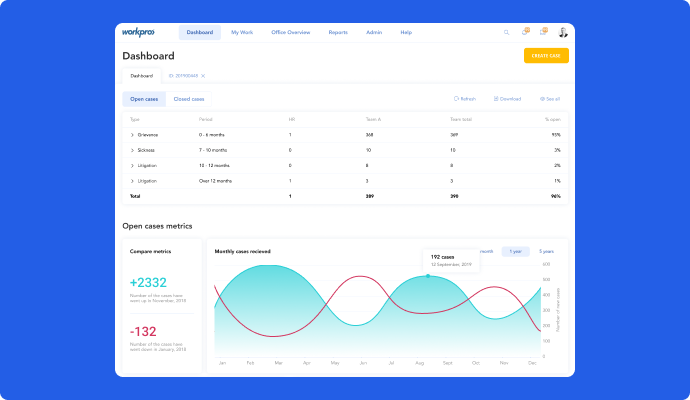 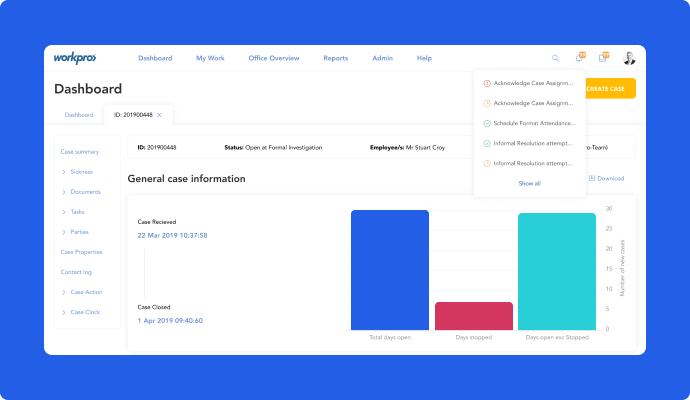 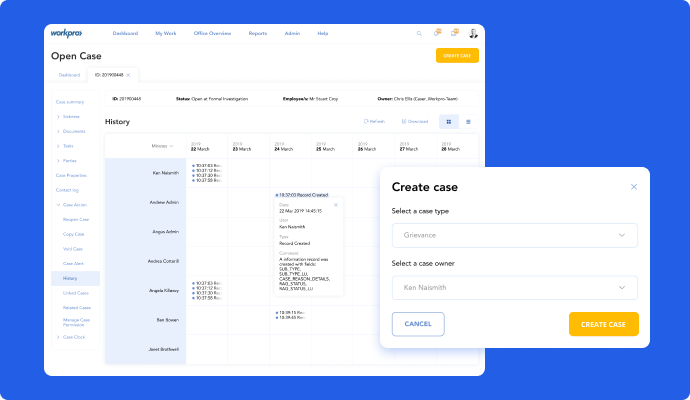 As you can see from the shots of the dashboard and case history screens that we redesigned, a refreshed UI, plus use of colour for data visualisations make key data easy to understand, access and process at a single glance. You can learn more about Workpro’s case management software and gain further insights into what it offers functionality-wise here.

What Benefits Has Workpro Seen?

Seedboost’s designs were well-received by the Workpro product team, notably by CTO Chris Ellis. Key stakeholders including senior management, the development team, marketing and sales all bought into the positive impact our redesign had on Workpro’s overall UX.

Since working with us, Workpro has committed significant efforts to future-proof their software offering using the UX and design guidance we provided, hiring a full-time UX designer after we demonstrated the business benefits in a short time frame. In September 2020, they received recognition of their easy-to-use employee HR portal from Innovate UK, and were granted an Innovation Award to extend its functionality further.