Acting as an online vault, Legado’s web app allows users to store wills, estate planning directions, funeral and memorialisation wishes, and essential accounting, legal and financial information, making it accessible to loved ones on their passing.

This helps individuals feel safe in the knowledge that when they move on, their family won’t be overburdened with paperwork or taxing administrative demands during a difficult period.

After amassing a lot of hype across the financial and legacy planning sector, Legado launched in September 2020 with significant investment from major insurance and pensions provider Prudential, global platform-as-a-service firm FNZ and the UK Government’s Innovate UK funding agency.

After launching, the team at Legado entered a large-scale development phase to ensure the best product-market fit.

A significant part of this involved assessing how well their existing UX worked for their end users.

After concluding that the legacy planning section of the app would benefit from several improvements to help elderly users input data and complete the section more easily, Legado founder Josif Grace reached out to Seedboost for a complete user journey, visual design and interface overhaul.

The Legado team felt that the web app’s legacy planning section was too linear. In other words, the user journey required large amounts of data entered in one sitting, often from disparate, paper-based sources. As this would take the user hours to do at once – assuming they had the all the right information to hand – this was a major barrier to user engagement and section completion.

They briefed Seedboost to come up with a creative, immersive and engaging solution to a heavy data entry task that avoided accordion (expandable dropdown section) or wizard (all-in-one setup) journeys. Ideally, the user could fill in the section bit by bit and experience the sense of satisfaction gained by completing a particular task, whilst still being able to come back at a later date and complete over numerous sessions.

Seedboost founder Ryan started by mapping out Legado’s user base, creating user personas and analysing the user goals and barriers that would be central to the success of the project.

It was important that, as a product with an older end user demographic, accessibility concerns like larger, low-contrast text, clear headings and simple, intuitive navigation were central to the interface design.

As well as creating a dynamic, non-linear UX, we needed the designs to make it clear to users that the section didn’t have to be completed all at once. This would help drive repeat engagement, increase the amount of data captured and encourage completion of legacy planning and other sections of the app.

With these concerns in mind, Seedboost produced initial drafts for feedback and discussion. After taking comments and concerns onboard, we produced two more high-fidelity clickable UX and UI prototypes – one ‘light’ and one ‘dark’ version.

Whilst the team were impressed with the bold colours on the dark version, they eventually went forward with the light version. This was because they thought it fit more naturally with existing brand identity, style and design, and could be co-branded with potential partners more easily without extensive customisation.

You can see some screenshots of Seedboost’s redesign below, complete with a shot of the original interface for comparison.

This was an extensive redesign of the entire UX of the section. As well as the design being cleaner, more contemporary and, we overhauled the entire user journey.

Working with an elderly end user base often limits designers, as there is a misconception that accessibility features hamper creativity and good design. Here, we’ve come up with a creative, attractively-designed solution that makes the entire legacy planning section more manageable, all whilst exceeding key accessibility requirements.

Using a gallery view rather than a list, for example, emphasises to users that they can complete the section in their own time rather than having to upload all their information at once. By extension, a huge, emotionally difficult topic becomes broken down into smaller, more manageable questions that users can consider in isolation. This supports Legado’s overall goal of making legacy planning and bereavement a more approachable topic to think about, both for the individual in question and their loved ones. 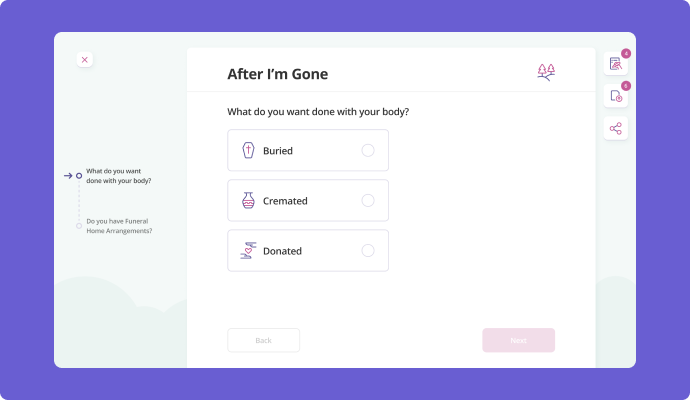 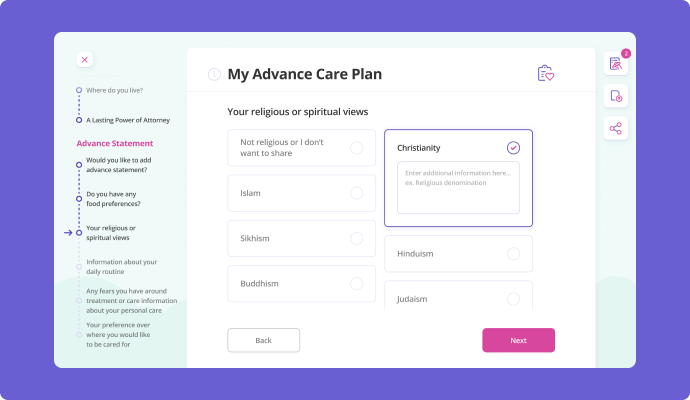 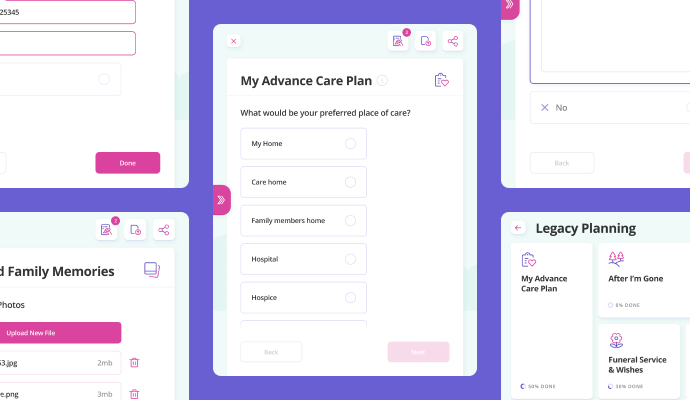 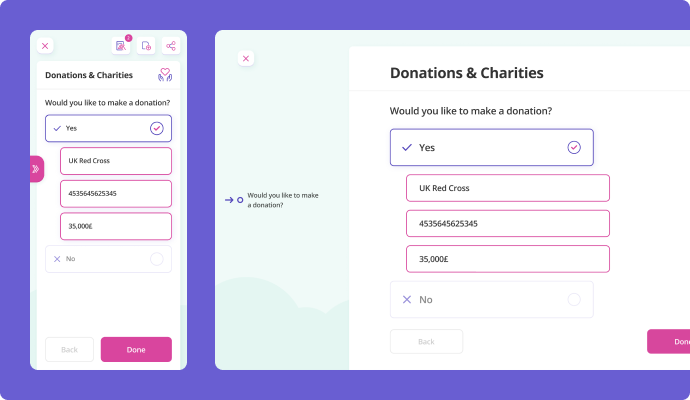 You can read more about Legado’s product and the problems it helps to solve here.

What Benefits Has Legado Seen?

Whilst it’s still early days, feedback from the Legado team has been overwhelmingly positive.

Founder Josif Grace really liked the general design and UX direction. “Seedboost helped us to optimise our legacy planning section on our platform, completing a full responsive web app design within a month,” he said, adding that “it’s spot on to what was in my head, especially the accessibility aspect. The ‘after I’m gone’ journey looks great – I’m really happy with it.”

Head of Business Solutions Peter Thomas was impressed by the section layout specifically. “I really like the arrangements of cards in the landing section,” he explained. “It’s much nicer than the stacked cards we have elsewhere as it implies to users that the process isn’t linear and sequential – it’s something you can come back to.”

As a next step, Legado will take the interactive design prototype we designed for them into development. Legado plans to pilot these changes across their already high-caliber client list, which includes large professional services enterprises across the financial sector.

As a result of our work, Legado has already engaged Seedboost as a partner on another major UX project as they work towards wider adoption of their product by both private individuals and across global financial planning enterprises.

We can’t wait to work with them as their product and their company evolves – watch this space.