It’s always rewarding when a successful first project lays the groundwork for a longer term relationship. The team behind waste management platform Topolytics were so impressed with our user experience (UX) work and contributions towards major competition success that" />
PREVIOUS Legado Back NEXT Workpro

It’s always rewarding when a successful first project lays the groundwork for a longer term relationship. The team behind waste management platform Topolytics were so impressed with our user experience (UX) work and contributions towards major competition success that we have worked on subsequent projects with them. Read on to find out how initial success snowballed into a more established partnership.

Topolytics helps waste producers and recycling companies make better decisions, financially, commercially and environmentally. They do this by providing a live data platform which maps and tracks movement of commercial waste in real time.

With the backing and partnership of several high-profile organisations, including the Ellen MacArthur Foundation, Zero Waste Scotland and the University of Edinburgh, and significant industry recognition already under their belt, Topolytics’ software is set to become a major name as sustainability becomes an increasing priority for organisations and we move towards a circular economy model.

Topolytics’ waste tracking solutions were designed with some seriously high-powered data and analytics technology behind them. So that users could really make the most of the software’s innovative features it was vital that their software was as easy to use as possible, with clear navigation, easy-to-follow dashboards and accessible visualisation of complex data.

When we first got in touch, Topolytics were in the middle of putting a bid together for the prestigious SAP Circular Economy 2030 Contest. For their entry to stand out against a competitive field, it was vital that users could access all the waste data that Topolytics processes in a way that made it easy to visualise and act on. This was the perfect opportunity to revamp their UX and rework some of the user journeys that had been causing issues.

Seedboost set up an initial workshop with Topolytics so that we could both be clear on what the scope and requirements of the project were. This also allowed us to take a closer look at some of the software’s biggest pain points and understand what value an interface redesign would add to the platform.

We agreed on the following course of action:

As a ‘first stage’, we presented a number of wireframes and methods of visualising key data to the Topolytics team for their feedback. Notably, we designed and wireframed a central waste management dashboard that would provide users with at-a-glance transparency into waste sites and streams, plus accessible visualisation of key data in real time.

With the go-ahead from our clients, we then turned these designs into a high-fidelity, clickable prototype that demonstrated what the software would look like, how users could interact with it and how the software could render often complex streams of data accessible and usable.

As software designers, we were also in a strong position to provide ideas and feedback for Topolyticss’ pitch for Google Cloud and SAP’s Circular Economy 2030 Contest. As well as the infographic mentioned above, we consulted on their main pitch deck for the competition.

You can see Seedboost’s UX work in action in the interaction design, user interfaces, data visualisation and mapping options of Topolytics’ current WasteMap and WasteTrack products. 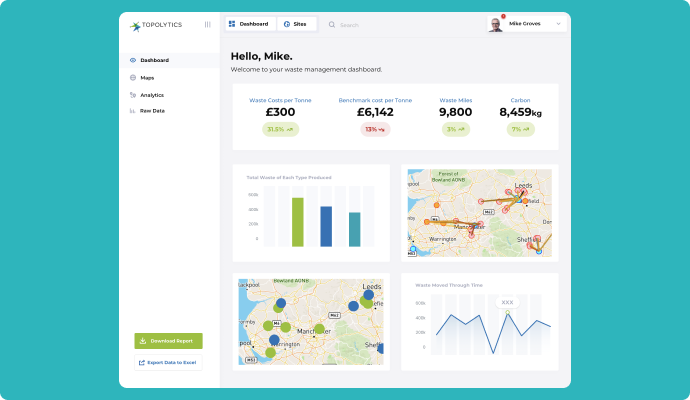 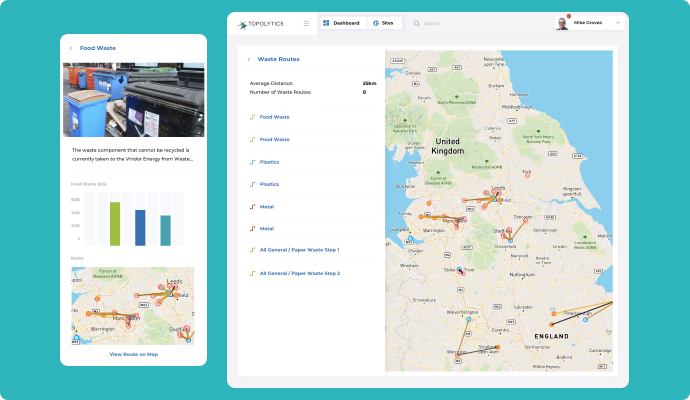 You can find out more about how these work and view screenshots of our interface in action here.

What Benefits Have Topolytics Seen?

The Topolytics team was very happy with the initial UX work we completed for them – so much so that we have completed work on subsequent projects together, in conjunction with SAP and Zero Waste Scotland.

Topolytics CEO and founder Mike Groves said “Seedboost helped us to develop an effective and engaging user experience for key components of a digital Government service.”

CTO Ben Emson added “As a young company in a fast paced dynamic environment, it is critical for us to have high quality UI/UX design work within tight time scales. Seedboost has consistently met this criteria, whilst being professional and friendly to work with.”

Since our initial UX work with them in early 2019, Topolytics have been flying high commercially. Their pitch for the Circular Economy 2030 contest was hugely successful and won them first place out of a field of over 250 companies from 50+ countries.

Soon after, in November 2019, Topolytics won a major £500,000 contract to create the UK’s first entirely digital waste tracking system in partnership with Ordnance Survey, Google Cloud and SAP, based on the strength of their current software’s functionality and design.

Speaking about the project, Mike Groves said “This project further validates our use of machine learning, mapping, sensor systems and cutting-edge software to enable the waste industry to maximise the utility of materials and enable the circular economy.”